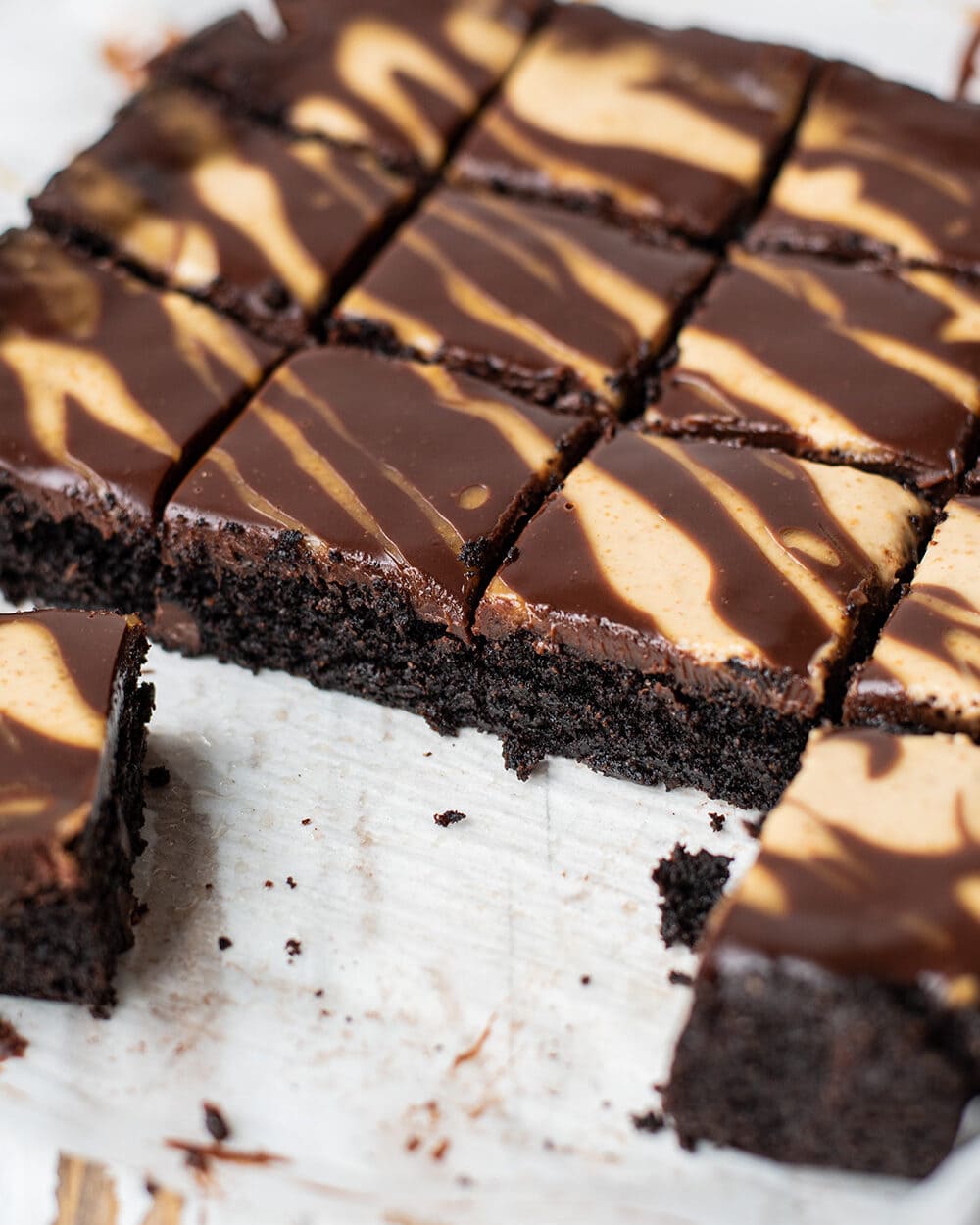 These chocolate peanut butter brownies are mind-blowingly good and incredibly easy to make thanks to Bob’s Red Mill. I partnered with BRM on this recipe to make both gluten-free and egg-free brownies without sacrificing an ounce of flavor. Picture a brownie baked with chocolate chunks, topped with a rich layer of chocolate ganache and drizzle of peanut butter. And trust me, if I can bake this with ease, YOU can bake this with ease (I got a lot of swag but I’m not really a baker).

I was inspired to make this recipe because my nephew, Jack has a severe egg allergy. My family has always trusted Bob’s Red Mill Gluten Free Egg Replacer in all sorts of baked goods. My sister has tried just about everything and swears BRM egg replacer works the best.

I prepared these brownies using both BRM Gluten Free Egg Replacer and their Grain Free Brownie Mix—needless to say I and was blown away by how much they taste like the ‘real thing’. Bob’s Red Mill can be easily found at your local grocery store and they always use quality whole grains to satisfy all vegan, paleo, and gluten-free friendly cooking and baking needs. Just another reason my family loves and trusts the brand!

The chocolate ganache is what really sets this recipe apart. It adds a chocolate frosting-like layer that takes your tastebuds to another dimension. The ganache paired with the peanut butter swirl makes this a rich brownie with a lot of character. My ganache is made with almost equal parts heavy cream and chocolate chips. A little heavier on the chips makes the ganache just thick enough to be rich but still easily pourable.

Ganache is really easy to make as all you need to do is bring cream to a quick simmer (not boil), remove from the heat, and immediately stir in chocolate chips until they’re fully melted and smooth. The recipe yields about 1 cup of ganache but I probably only used about half on the brownies. Always let ganache cool before topping brownies.

The peanut butter swirl is made with peanut butter and water. I used natural peanut butter so water was really the only way to really thin it out. Some peanut butter can be microwaved in 10-15 second intervals and will melt to a form you can easily drizzle. This did not work for me so just keep that in mind if you run into the same problem

I’ve experimented with these chocolate peanut butter brownies a few times and found that egg replacer tends to behave a little differently than fresh eggs. I can confirm this recipe tastes and works great with BRM’s egg replacer, however, I did cut down on the brownie mix’s suggested oil amount by a 1/4 cup. This makes for brownies that were nice and dense and slightly fudgy without being oily. Just something to keep in mind if you’re making egg-free brownies.

You can of course follow this basic recipe with any brownie mix, but you can never go wrong with Bob’s Red Mill.

I used natural peanut butter so water was really the only way to thin it out. Some peanut butter can be microwaved in 10-15 second intervals and will melt to a form you can easily drizzle. This did not work for me so just keep that in mind if you run into the same problem.

Egg replacer tends to behave a little differently than fresh eggs. I cut down on the oil by a 1/4 cup than what was suggested on the BRM brownie mix package. This makes for brownies that were nice and dense without being oily. Just something to keep in mind if you make egg-free brownies. 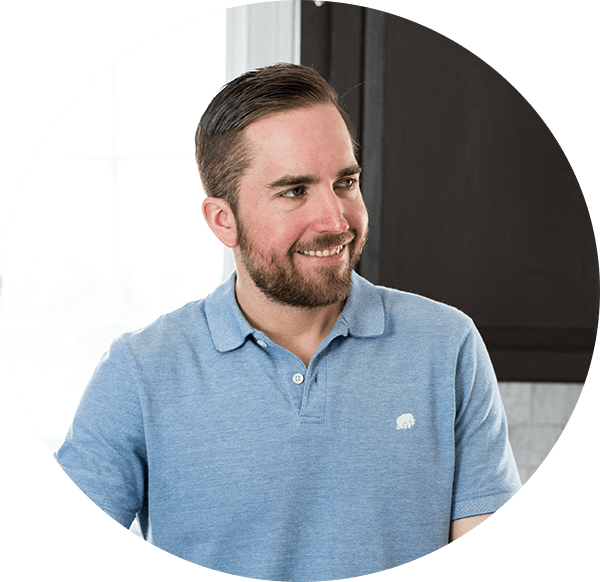