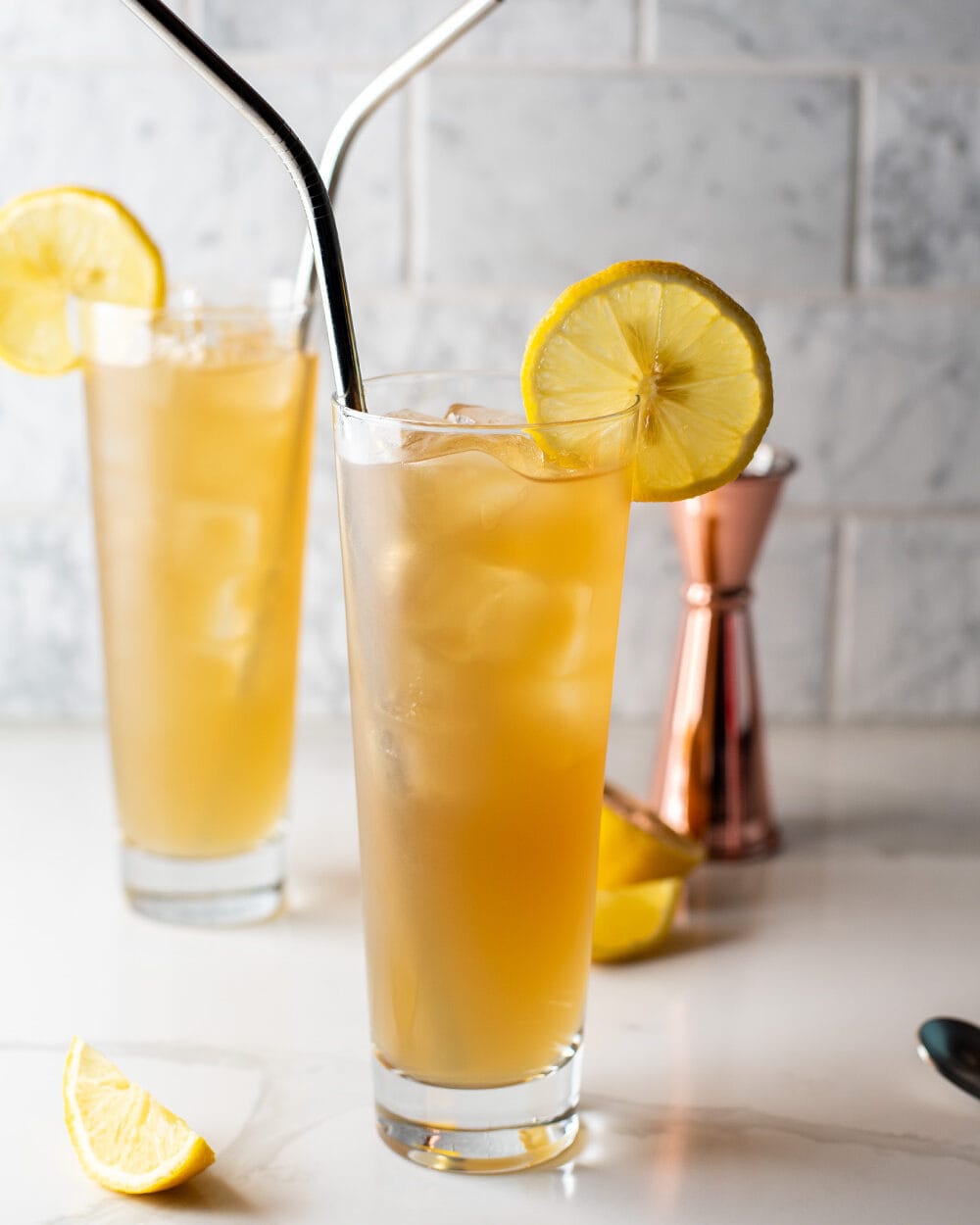 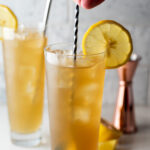 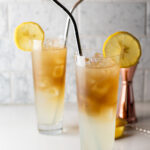 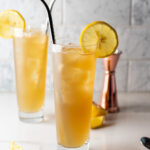 The long island iced tea is a very intriguing, refreshing, and disgusting cocktail all at the same time. Kidding. I first started experimenting with this drink in my early 20’s. I don’t know why I was so fascinated. I explored all sorts of ways to make it sweeter even though it contained sour mix. It’s known as a boozy drink, but when made properly, its a surprisingly nice and refreshing concoction.

There’s certainly a bit of debate and a few variations of the cocktail, however, the most widely known version of the Long Island Iced Tea recipe is made with equal parts vodka, gin, rum, tequila, and triple sec, sour mix, and a splash of cola to finish it off.

The Prohibition-Era variation of the cocktail debuted in 1920 by the Bishop Family in Tennessee. The original cocktail included maple syrup as the sweetener and whiskey in place of triple sec. The modern-day version we all know and love was created for a Triple Sec contest in 1972 by Long Island bartender, Robert Butt.

I always use a homemade mix of equal parts simple sugar and fresh lemon juice in place of store-bought sour mix. It makes for a fresher tasting cocktail.

The cola or Coke is really all about the color and a touch of sweetness and fizz. It stabilizes the drink so it doesn’t taste like pure gasoline and also gives the drink the resemblance of its iconic name—Long Island Iced Tea.

How to Make a Long Island Iced Tea

Another cocktail that’s created in the vessel it’s served in, simply combine all parts (except the cola) in a tall collins glass filled to the brim with ice and stir to mix. Top with a splash of Coke and serve with a lemon wedge.

But Shawn, will this drink get me hammered? If you follow the recipe below, it only contains 2 ounces of full-proof booze. This is on par with your typical cocktail and shouldn’t get you into too much trouble.

If you make the drink with an ounce each of the 4 main spirits, you’re looking at a different ballgame. A ballgame I’m not trying to see.

A boozy classic cocktail made with rum, gin, vodka, tequila, citrus, sugar, and a little cola. A surprisingly refreshing cocktail that resembles a tall glass of iced tea.

You can substitute homemade sour mix (simple syrup and lemon) with store-bought if you prefer, it’s just not as good in my opinion. 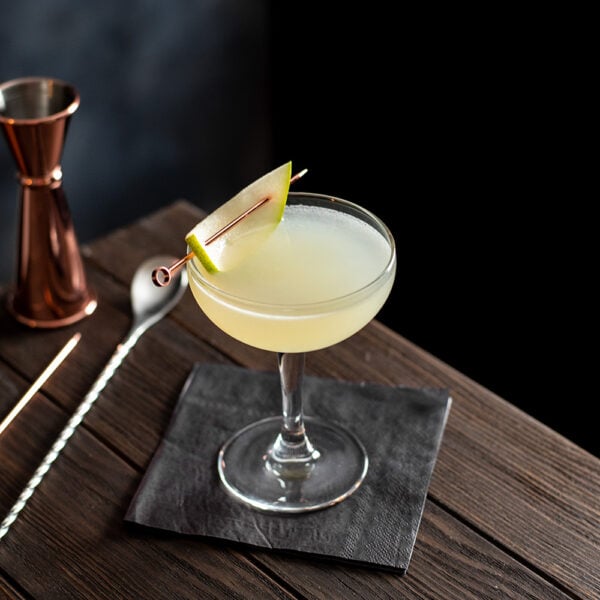 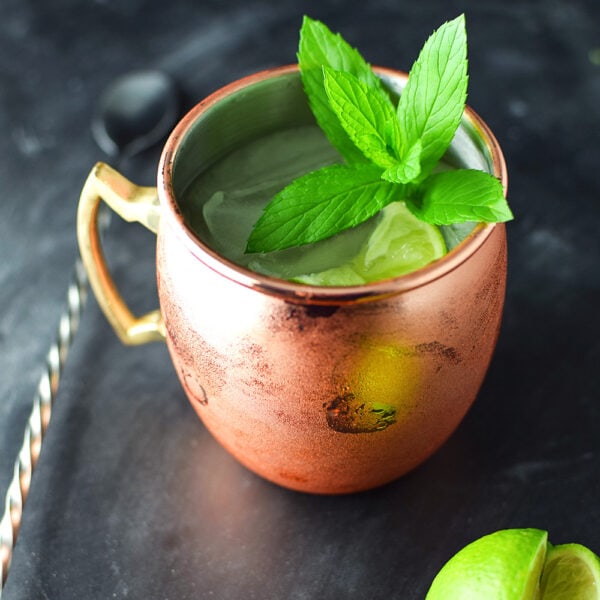 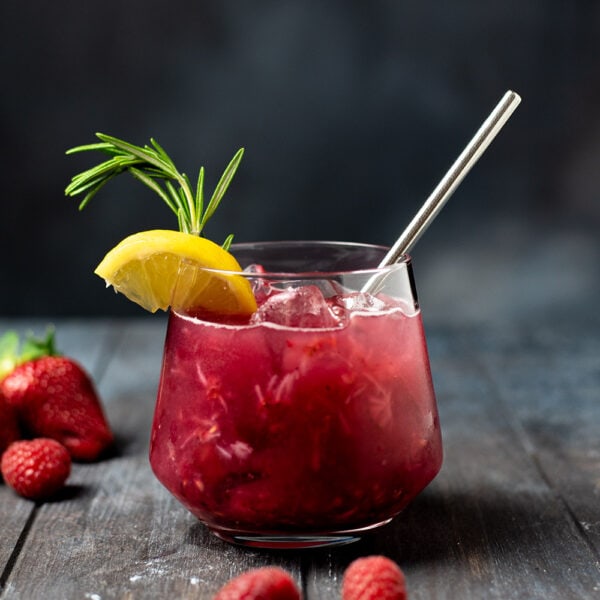