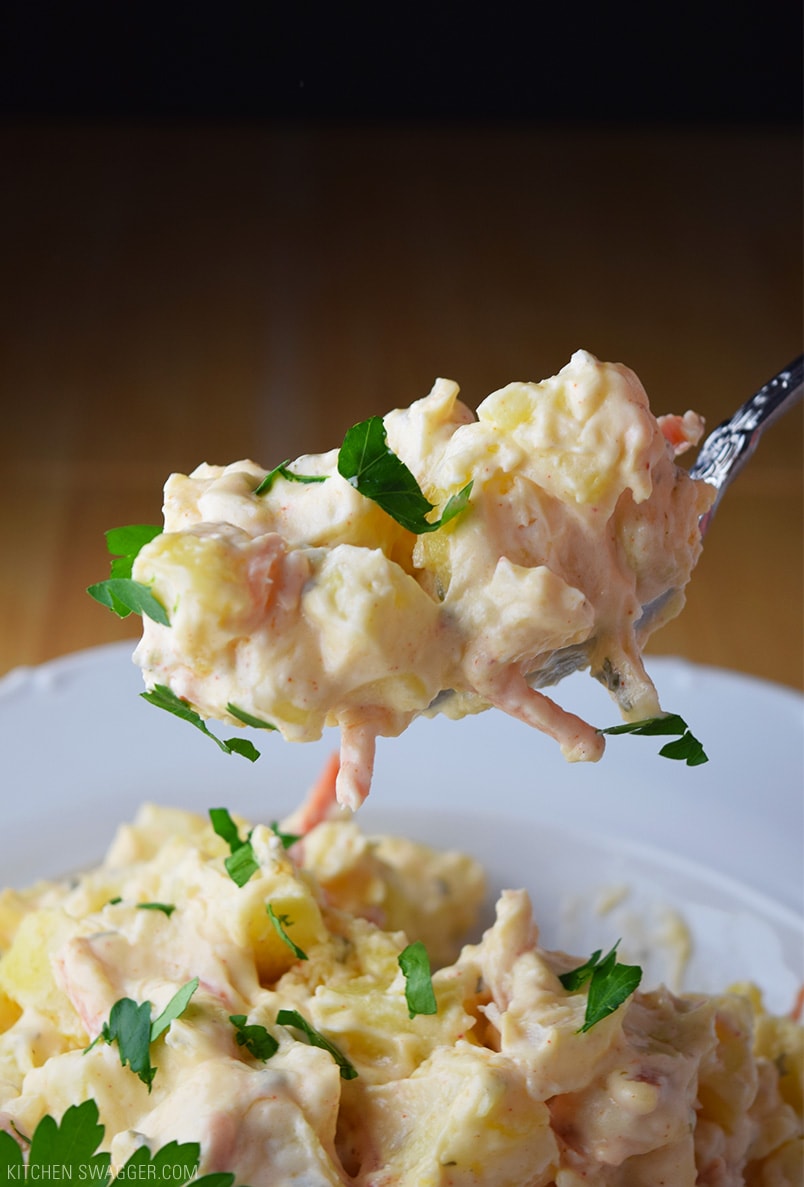 Backyard summer barbecues are the best: good friends, sunshine, great drinks, outdoor cooking. But if you’re hosting a larger cookout, most barbecues have the usual main entrees: hamburgers and hot dogs. There is nothing wrong with burgers and dogs but to have a stellar summer barbecue, the side dishes need to be memorable. Rather than buy potato salad in a plastic jar, try making this homemade old fashioned potato salad and have your friends lining up for seconds.

In high school, I worked in an old-fashioned corner store with a working deli. One of the awesome summer dishes we sold was a potato salad that would sell out on the weekends. Customers would make custom orders for their 4th of July parties and make a detour on their summer weekend trips to Cape Cod just to buy the potato salad. While I never got the recipe, I have experimented with the ingredients I remembered to create this crowd filling side.

Potato salad is the ultimate summer side dish but many versions have hard, uncooked potatoes or too much vinegar. For my family, the worst is the addition of eggs in the potato salad, never mind the the mayonnaise itself. After taste testing several available brands, our family settled on the Original Vegenaise. This recipe focuses on the egg-free Vegenaise but real mayonnaise can be substituted.

Picking the right kind of potato is essential. Reds can be too hard even after boiling while Russets fall apart and crumble making the potato salad a potato mush. I use yellow or gold potatoes as they tend to keep their shape after cooking and make great cubes. Make sure they are similar in size so they take the same amount of time to cook. Cut the bigger ones in half if necessary.

While the potatoes cool, mix the vegenaise, vinegar, chopped onion, and shredded carrots and mix together. Add in the paprika, seasoned salt, and parsley and taste test by dipping in a cooled off cube of potato. Season to taste. You can taste the vinegar but it does not overpower the dish. Combine the cubed potatoes and vegenaise mixture. You can serve this simple old fashioned potato salad warm right away or cool it off in the refrigerator and serve later on in the next day or two.

An egg-free version of the ultimate summer side dish. This potato salad recipe is the perfect pairing for any group BBQ and may just steal the spotlight! 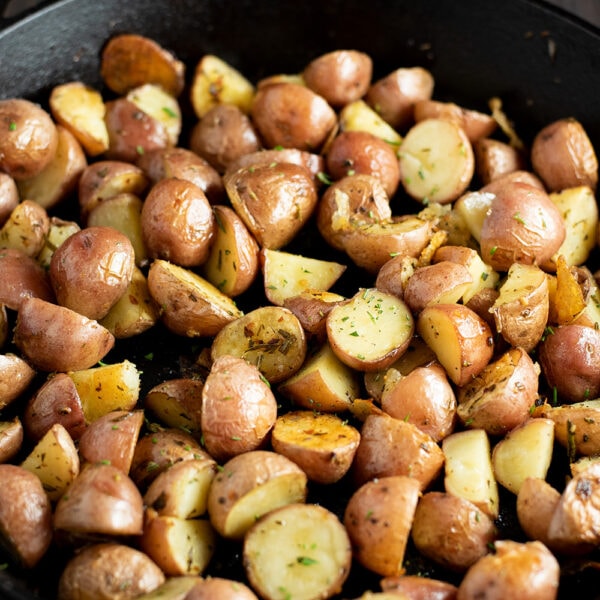 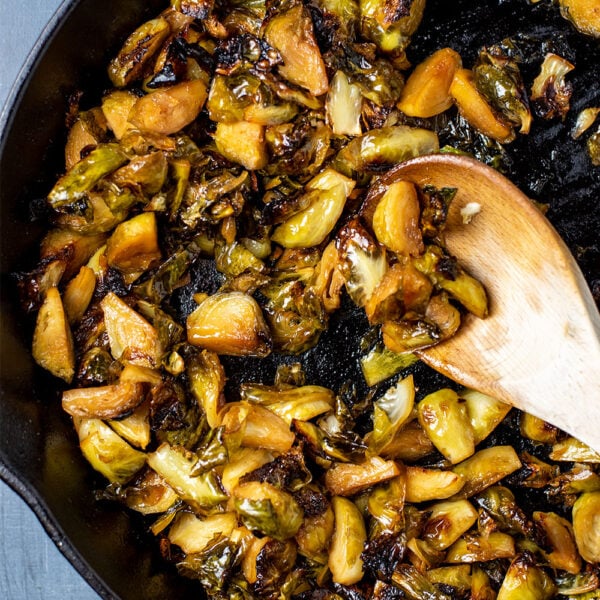 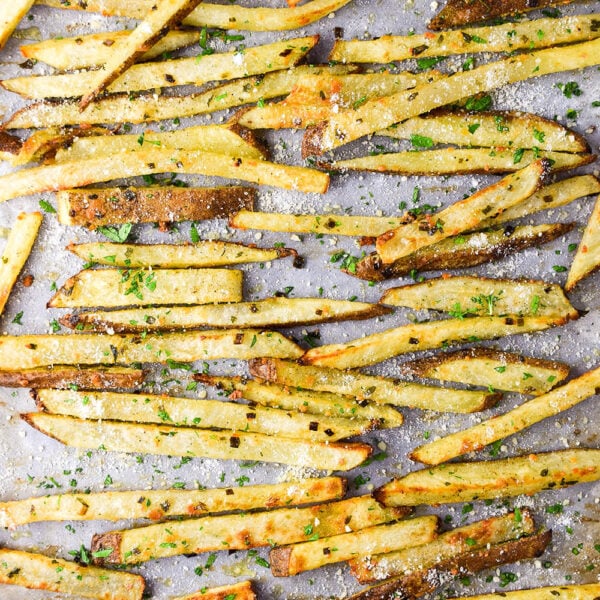 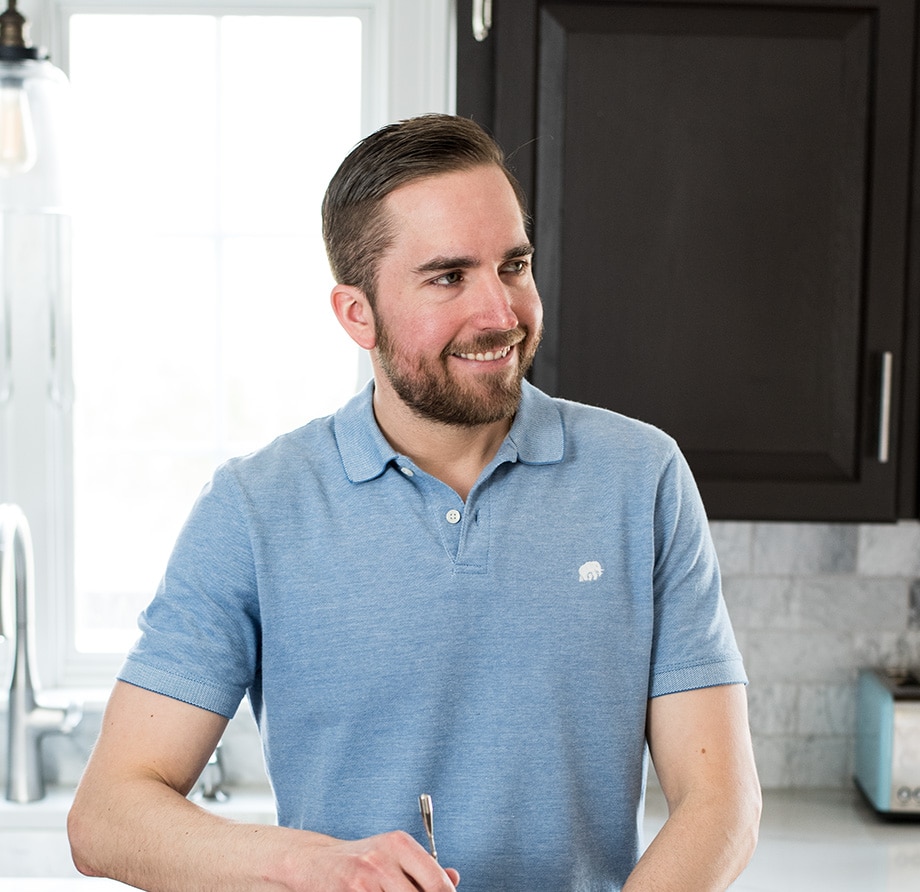 My name is Shawn, author behind Kitchen Swagger. I’m a food & cocktail enthusiast bringing you my own simple and delicious restaurant-inspired recipes. Learn more.