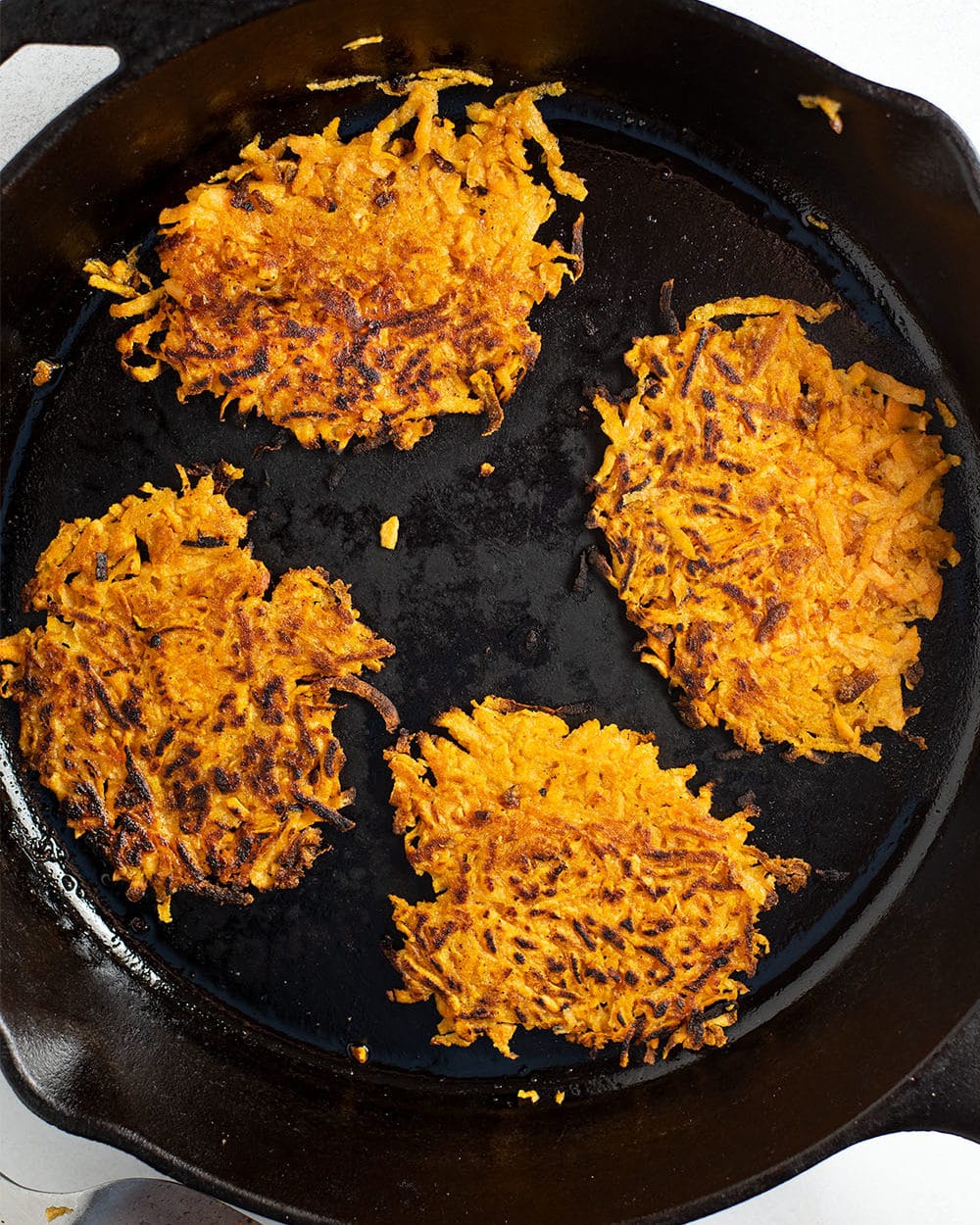 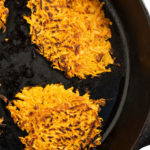 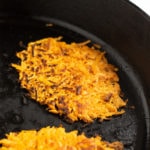 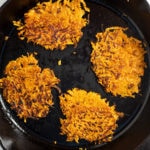 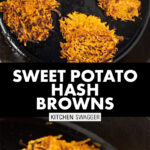 I’ve got UNREAL sweet potato hash browns for you. After a few attempts, I’ve perfected the savory, crispy, and melt in your mouth hash browns that are seasoned to perfection and pan-fried in a skillet with olive oil until golden and crispy.

They’ve got the wow factor and so much flavor from the help of a few simple spices. Garlic powder, onion powder, paprika, and of course salt and pepper.

I peel my potatoes before shredding. I think it makes for better flavor. The large holes on an upright cheese grater are perfect for quickly shredding sweet potatoes. You can use a food processor but honestly, it’s probably not worth the trouble unless you’re cooking for a small army.

You need to remove the starches from the potatoes so they don’t clump up and get too mushy. To remove starch, thoroughly rinse sweet potatoes with a fine mesh strainer or colander. Just be sure the holes aren’t too large.

A towel works best for wringing out the potatoes and squeezing out as much excess water as possible. Wrap potatoes in a clean dish towel, cover and twist over the sink to remove water. The less water, the more crunch.

Season potatoes in a bowl and use two tablespoons of flour to help bind the potatoes. The moisture paired with the flour will create a glue that will help them stick together better so you can flip without hash browns falling apart when frying.

Sweet potato hash browns are certainly more delicate and tender but the flavor is unreal. It’s probably not quite as crispy as traditional hash browns made with russet potatoes so be careful when maneuvering.

How to Cook Hash Browns in a Skillet

Bring 3 tablespoons of oil to medium heat in a skillet, add a clump of shredded potatoes, pressing down with a spatula to form a tight circle. You should hear a nice sizzle. Pan fry for about two minutes, flip and fry for two more minutes, periodically pressing down to ensure the hash browns bind together well.

Serve with your favorite eggs and inhale like our 11-month-old (Gloria), does. Trust me she’s a tough critic and loves these.

Savory, crispy sweet potato hash browns seasoned with garlic, onion, and paprika and pan fried in a skillet until golden. 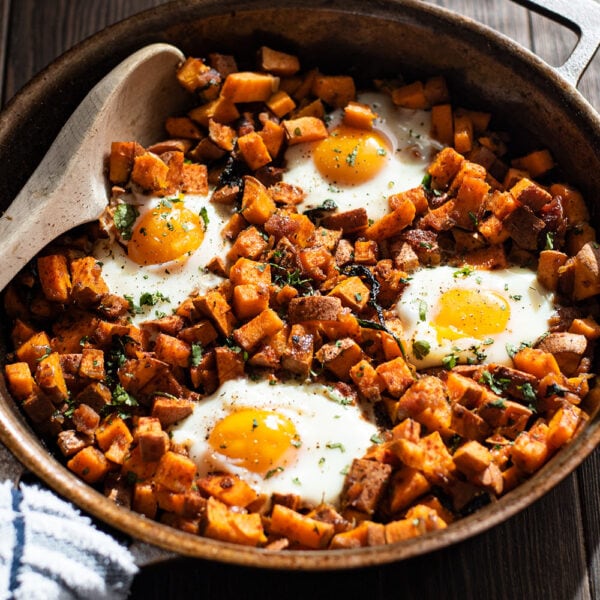 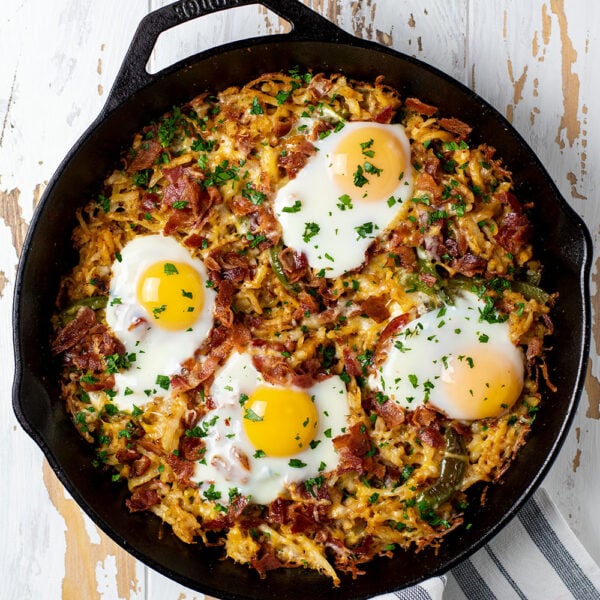 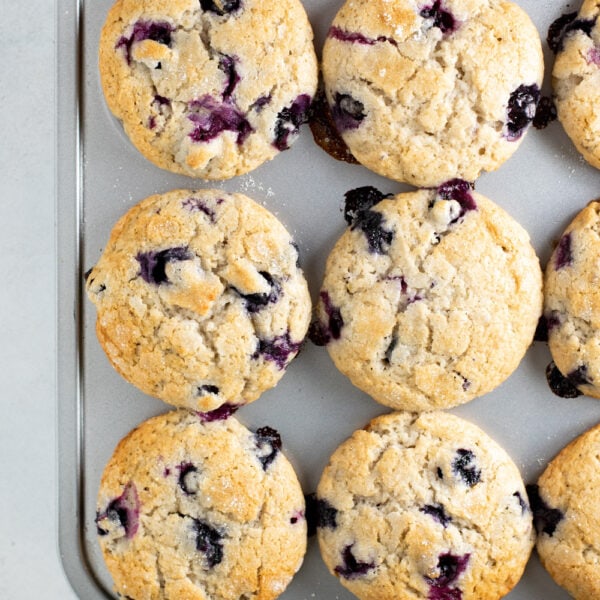