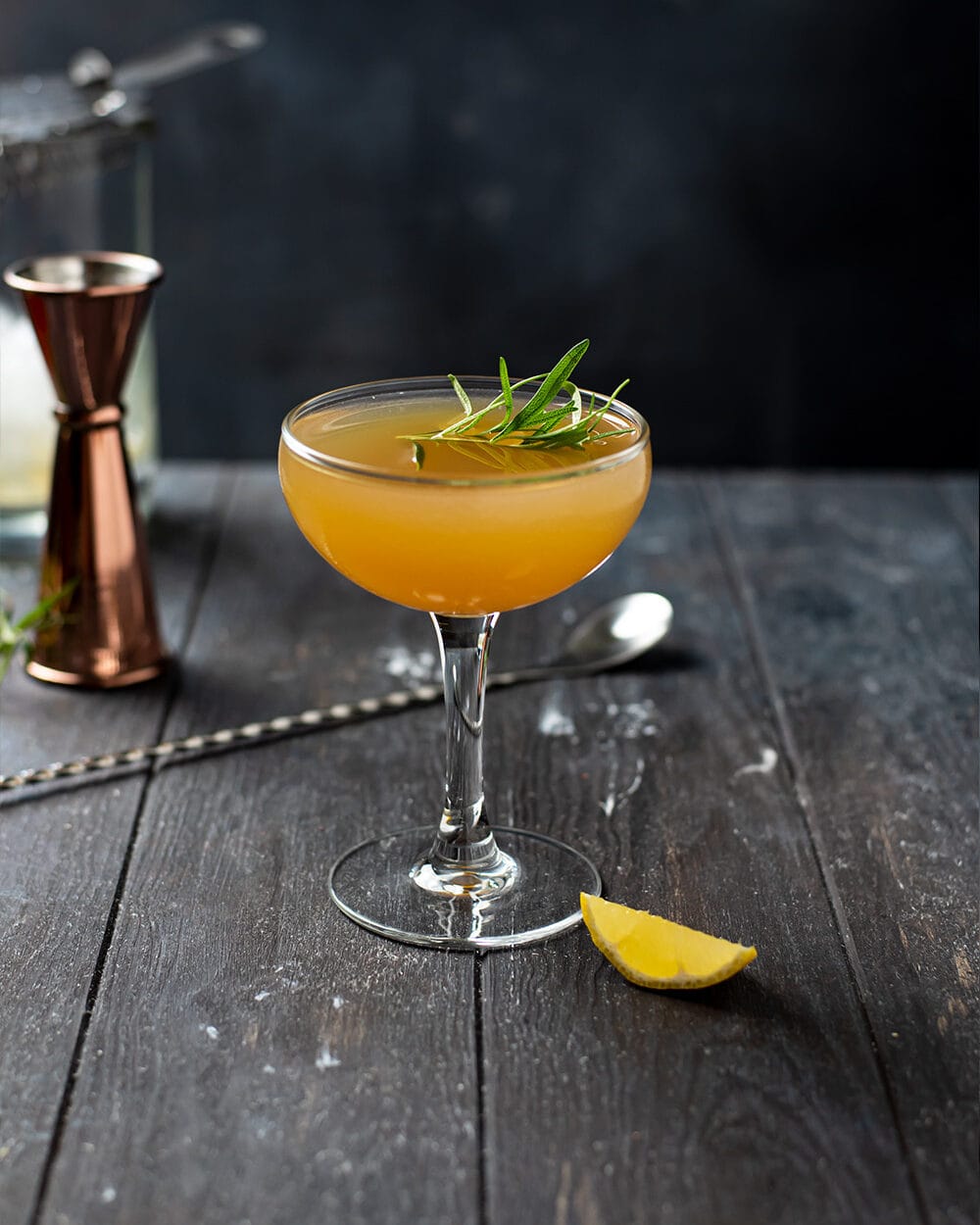 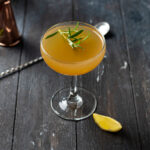 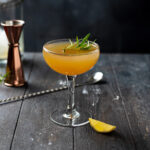 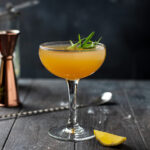 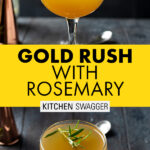 I was craving a bee’s knees last night and per usual I was all out of GIN. I phenomenon not infrequent in this household. I use it in so many cocktails you’d think I’d learn by now to stock up. Instead, I had to improvise and use whiskey instead. I ended up basically making a whiskey bee’s knees or the gold rush cocktail with a few twists.

The gold rush cocktail is a simple classic made with whiskey, honey syrup (water and honey), and fresh lemon juice. Nearly a whiskey clone of the classic bee’s knees cocktail. It’s a solid imbibe but misses some of the natural botanicals that gin adds to a bee’s knees—making it a bit more complex and interesting.

The Apple Jack adds a nice touch, but you can skip it if you don’t want or have any on hand. I will say though it’s an awesome spirit to add to an old fashioned along with several other whiskey cocktails.

There is no substitute for fresh rosemary. Do NOT try to use any dried spice of any sort in your pantry.

Serve up or on the Rocks

Traditionally the gold rush is served on the rocks or with a giant ice cube, but I’m opting for up in a chilled coupe. This is totally bartender’s choice but it’s a smooth enough cocktail that doesn’t need to steep in ice. Don’t forget to freeze your glass for a little extra chill. here are a few other tips for making better cocktails at home.

A twist on the classic gold rush cocktail recipe made with bourbon, lemon, honey, Apple Jack brandy, and fresh rosemary. A smooth, citrusy, and refreshing bourbon cocktail with fall vibes.

As mentioned the Apple Jack adds a nice apple cinnamon touch and delivers a unique taste to the drink. If you don’t have or want to buy, you can just use 2 ounces of bourbon instead. 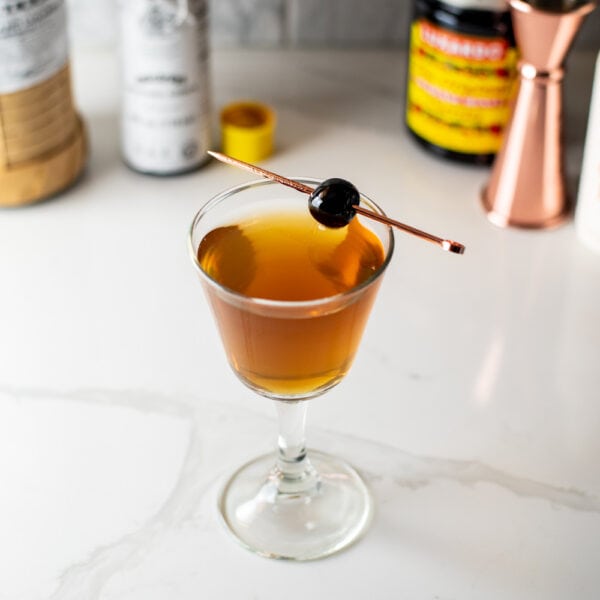 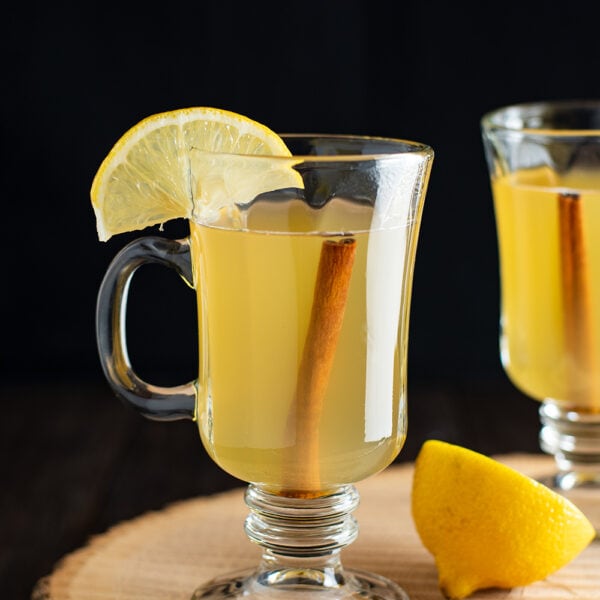 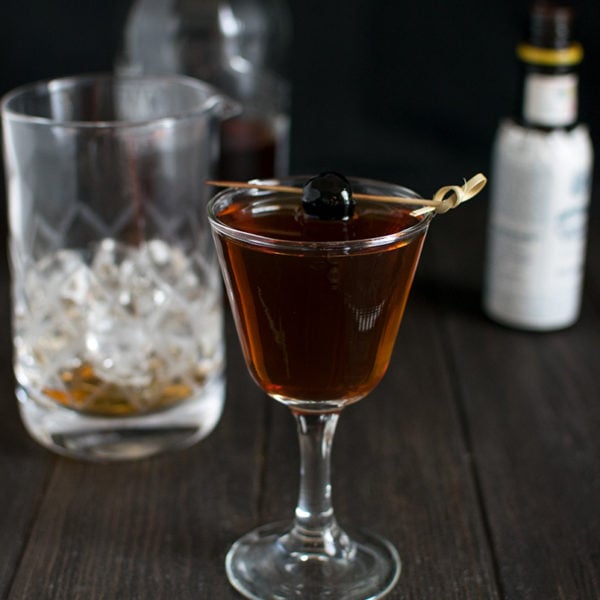