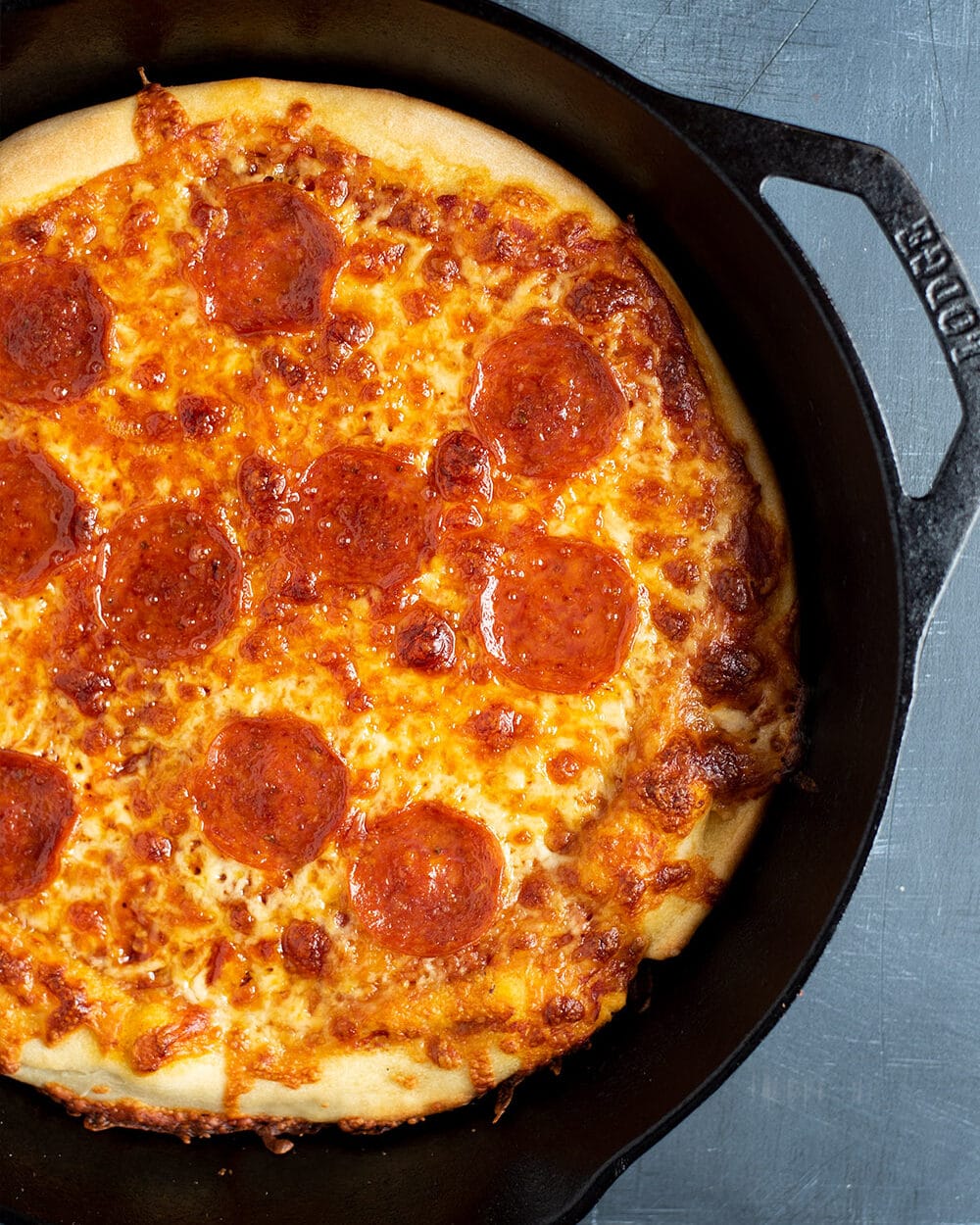 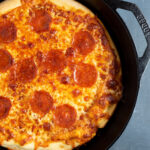 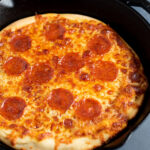 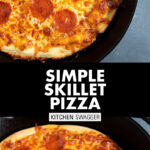 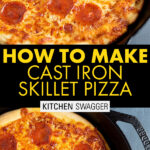 I’ve always wanted to try pizza in a cast iron skillet. Why, you ask? It’s the most versatile pan in the kitchen entire world, so why not push the limits and see what it can do? For skillet pizza, I’ve used both a standard 12-inch cast iron skillet and also a monster 15-inch Lodge cast iron skillet.

I’m a big homemade pizza guy, and I’ll be honest, I swear by my pizza stone. However, the cast iron skillet delivers different, but equally delicious results. I think the big difference when making pizza in a cast iron skillet is the crust. A pizza stone is preheated in the oven at 500 degrees for an hour, giving you a very hot surface to cook your pie on. Much like a hot brick oven, it cooks the crust very quickly, giving you crispier results.

Cast iron, on the other hand, usually gives you fluffier, softer crust around the edges. I’d compare it most to your typical baked oven pizza but with a bit more crunch. I think it’s a matter of preference. Both fantastic, just different.

The advantage of cast iron over a standard pan is the heat retention/transferring abilities of cast iron. We can preheat our cast iron pan in the oven just like a pizza stone, giving you a really hot surface to cook your pizza on. This is the game-changing element of cast iron.

Higher oven and cooking surface temps convert to faster cooking pizza and much better crust. This eliminates any chances of soggy pizza, giving you the much-desired crunch most people love. Plus, If you’re making deep dish pizza, then there is no better tool than your cast iron skillet.

Keep the top of the skillet about 8-10 inches from the heat source in your oven, this will ensure your cheese gets that perfectly golden finish, much like those hot pizza ovens at pizza joints.

Do I Have to Preheat My Skillet?

You don’t have to, I’ve tried it both ways, but I think you’ll find better results by preheating your skillet in the oven. I can’t stress enough the importance of high temperatures and the speed of cooking when making homemade pizza.

Should I Precook My Dough Before Adding Toppings?

Some recipes call for this, I never have. I don’t think you need to for excellent results. I build my entire pizza right in the skillet on the uncooked dough and transfer right to the oven. You’ll have perfect skillet pizza in about 10-15 minutes.

If you don’t have the time or patience to caramelize the onions, sautee them for 10-15 minutes until golden and tender. They will still be delicious and less intense. 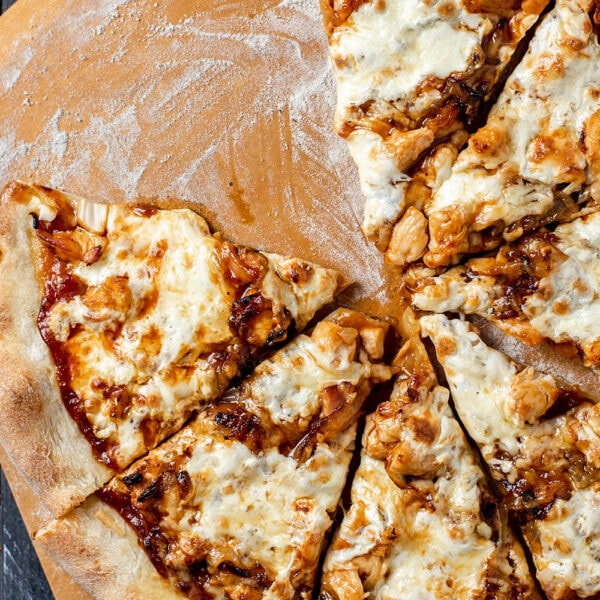 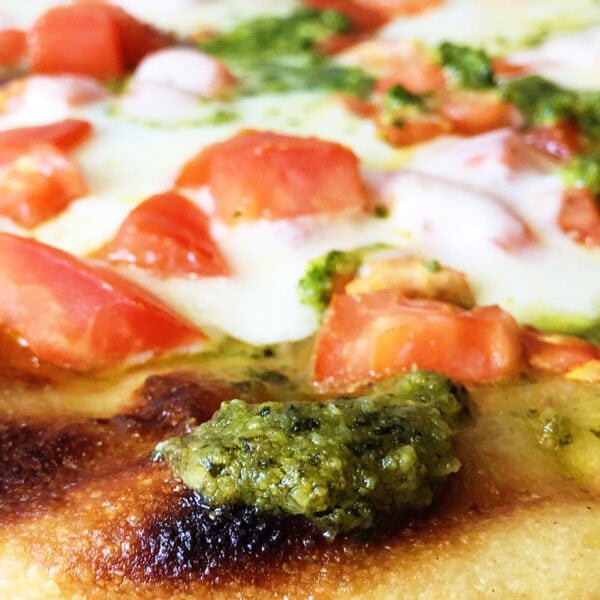 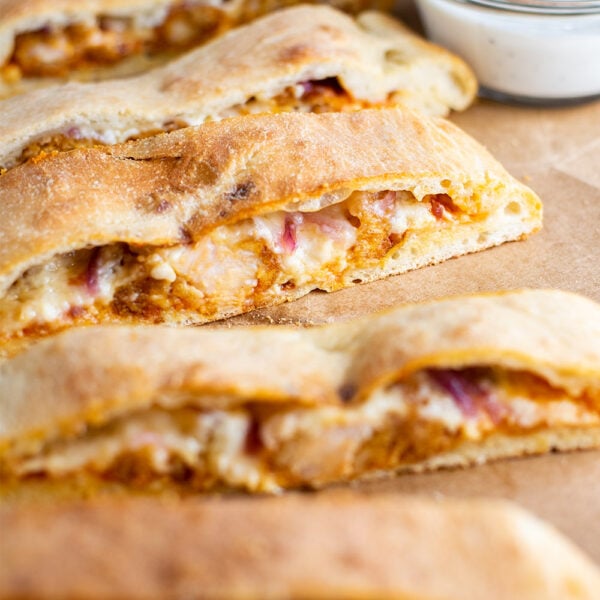