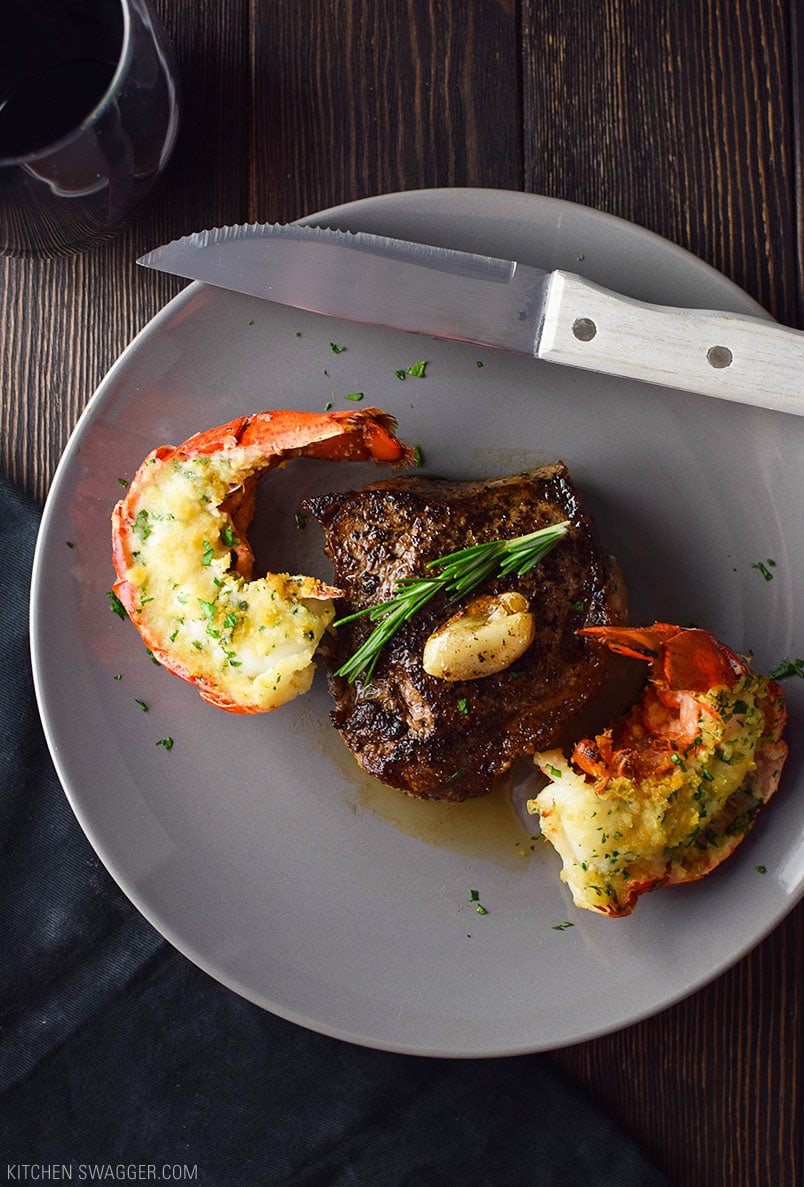 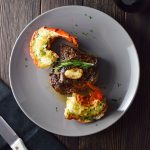 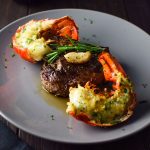 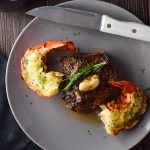 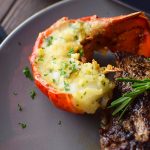 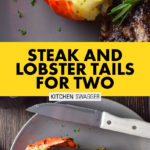 WOW, steak and lobster has never been so easy. This is one of my new favorite celebration meals. Potentially one the best surf and turf recipes I’ve come across in quite some time. As much as I hate to say it, it all started with an infamous Buzz Feed Tasty video.

The main challenge is simultaneously cooking both the lobster and the steak in the oven at the same temperature, so everything comes out hot at once. Prep is really important for this recipe. If you prep everything beforehand it will go much smoother.

I prepare all of my steaks in a cast iron skillet using butter. For this particular recipe, I sear a NY strip steak, cut in halves, for two minutes per side on the stovetop and then transfer to an oven at 425° F for 5 minutes.

I think everyone knows the lobster tail is the best part of the lobster. The tails are cut in half before baking and basted with garlic, butter, lemon, fresh parsley, and sprinkled with crushed Ritz crackers and Parmesan cheese.

The beauty of this recipe is that you can simultaneously bake the lobster tails on the bottom rack the moment you the steak hits the skillet. A truly simple take on surf and turf that won’t break the bank or require four arms.

How to Prep Lobster Tails for Baking

The trickiest part of this recipe is cutting the uncooked lobster tails in half to expose the flesh. The best way to do this is to use kitchen shears (scissors) to cut the tails down the center, through the end of the tail. Cut both the underside and top of the shell with scissors and then use a knife to slice the lobster meat in half, separating into two equal halves.

You can also accomplish this with a sharp knife, by piercing the underside of the lobster tail with the tip of the knife and then rocking the knife downwards, applying pressure, until you slice entirely through the tail and shell. The scissors method is a lot easier and a lot less likely to end date night with a trip to the ER.

No cracking shells and no mess. The steak is finished off by drizzling garlic and rosemary-infused butter over the steak. Super simple and guaranteed to impress. 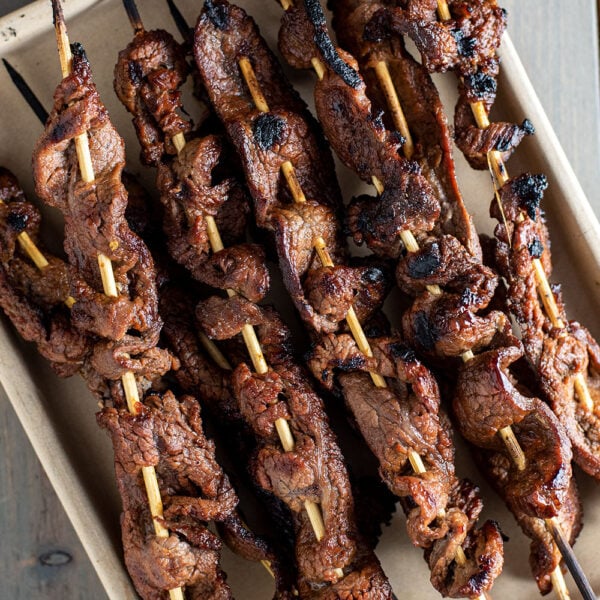 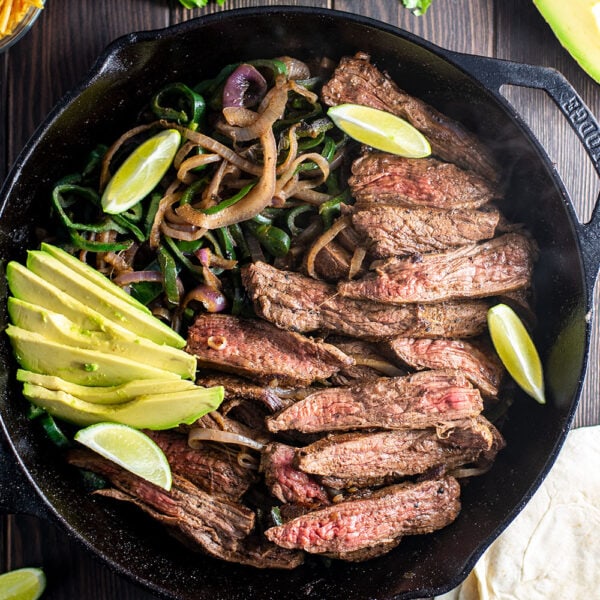 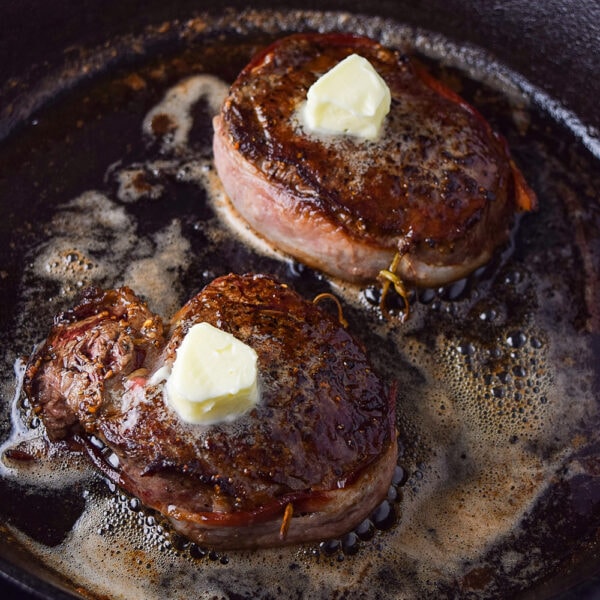